Taxi for Forest to the Premier League!

Travelling around Athens is always an interesting experience.

Not just because of the colourful surroundings; the contrast between the picturesque  harbour areas, the bustling urbanity of the centre - peppered with historic landmarks - and the countryside setting of the Olympiacos training ground.

The fact you can see the Acropolis from the main pitch, says everything about the surroundings.

Nor is it because of the somewhat erratic, unpredictable and occasionally terrifying nature of the driving you witness, as you take your life in your hands on the roads.

More than that, it is because of the conversations you strike up with the taxi drivers. Which nearly always seem to follow the same path.

"Where are you from?"

"Nottingham. I’m here for the football."

And so it begins…  a conversation of that ilk seemed to strike into life almost every time the door of the taxi had swung shut behind you.

It is a reflection of the warm, friendly welcome you seem to get in every corner of Greece, but also of the regard in which Evangelos Marinakis is held, particularly in and around the Piraeus district.

Beyond the looming presence of the football stadium, Piraeus seems to have Olympiacos branded buildings dotted around, wherever you look, ranging from the basketball stadium to the picturesque club offices, which are right by the waters edge, overlooking a harbour stocked by some serious looking superyachts.

This is the inspiration for the slogan ‘We rule this land’ which is the final message the players see, as they walk out of the tunnel at Olympiacos.

But Marinakis too has a big presence, with the Forest owner involved in numerous community projects ranging from the refurbishment of almost every school in the area and  work with churches, to the feeding of literally thousands of homeless people every day, twice a day.

Out of season, the Olympiacos stadium is put to good use, hosting a cross between a training camp and a summer school for children.  The Olympiacos brand is not just about bringing success on the pitch, but inspiring a sense of community off it.

Marinakis is at the heart of that.

And, as time goes by, one man who works closely with him, believes that mentality will become increasingly evident in Nottingham.

“The first thing I discovered is that he is a family man. He is a successful entrepreneur and when he talks about his vision, I fully agreed with his project,” said Christian Karembeu, the sport director at Olympiacos and former advisor to the man who presides over both clubs.

“I have been a player at Olympiacos and, through my experience on the pitch and off it, with big clubs like Real Madrid and Middlesbrough, I understand that European standard facilities should be here at Olympiacos.

“He put his touch on these facilities. He dreamed big. He had his influence here.

“That is why we have all these logos around the place; all the mottoes here. 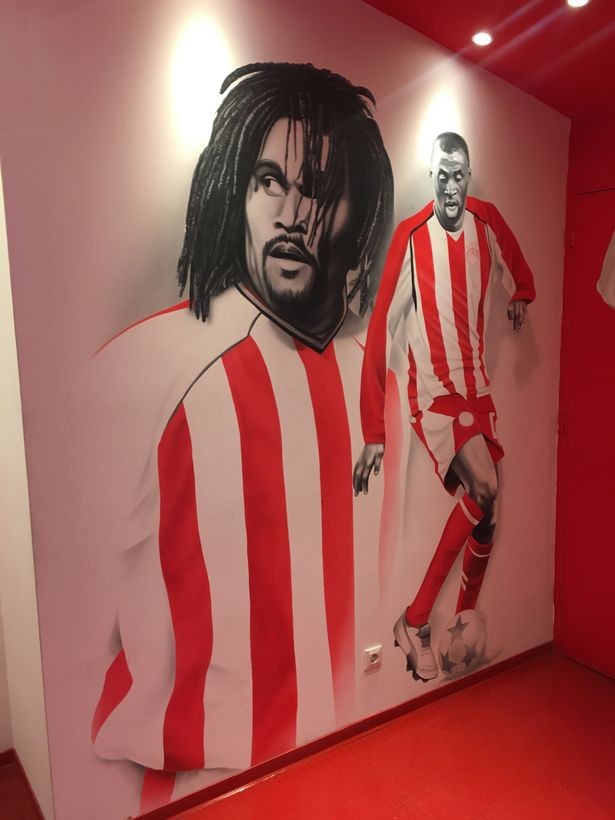 “We want people to keep dreaming; to keep believing what might be possible.

“We are a small country, but we have a big dream and hope for what might be possible.”

After the game against Forest, the Olympiacos stadium remained a hive of activity long into the night.

High in the stands, fans were able to have a drink and something to eat long after the final whistle, with Marinakis and the rest of the Olympiacos and Forest hierarchy among them.

“He is a successful businessman, he is very generous. He has done many things for the region of Piraeus,” said Karembeu.

“He has been behind many programmes, with refugees, with schools, with the church.

“Mr Marinakis lives with these values. He wants to share, he wants to understand the people. That is why he is very close to the people here.

“He loves Britain, but he also loves being in Greece. He loves being part of football, he loves being involved in his business, but he thinks big.  What he touches, always becomes a success.

“I hope that, by being president of Nottingham Forest, he will implement the base values that he has here, in Nottingham.” 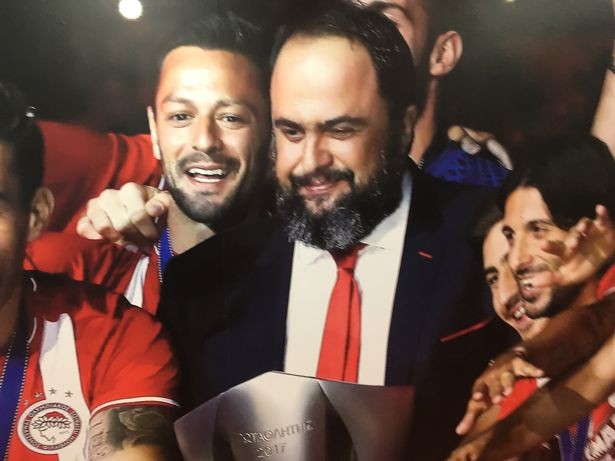 Marinakis’ influence at Olympiacos began in 2010, when he took on ownership of the club and the position of president.

“Nobody expected that he would be a success in football, but he did it. He showed that he has the knowhow and the experience,” said Karembeu.

“He hires people to help him; to be part of his project. That is why he brings those people in - to help make it happen.

“I am sure that, when he wants something; when he is part of something - he will do everything to make that project successful.

“He will never give up. That is also the motto at Olympiacos. He will bring the same thing to Nottingham.”

Karembeu does have an influence on Marinakis; his opinion is one that is respected.

“I am the sporting director of Olympiacos. Before that, I was Mr Marinakis’ strategic advisor,” said the former midfielder.

“It has been a great journey with him. By following him and following his instructions; trying to implement his vision, so far you can see that we have great and beautiful facilities.

“From the pitch you can see the Acropolis, which just frames where we are.

“We are in the countryside of Piraeus and we belong to the Piraeus municipality - and Piraeus means thousands if not millions of followers, who are all close by.” 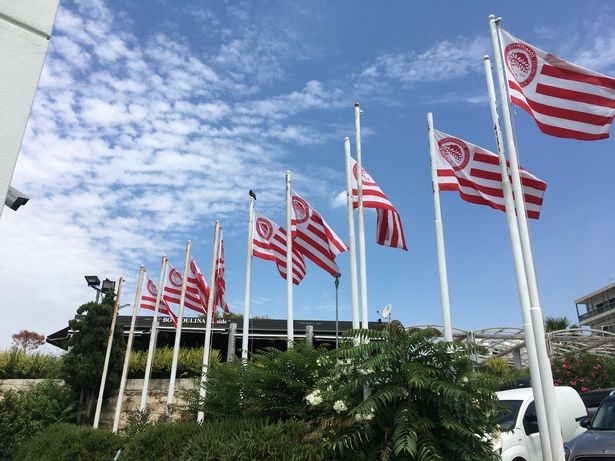 There is a similar sporting landscape by the water in Nottingham, where the City Ground, Meadow Lane and Trent Bridge are all nestled together on the banks of the River Trent.

It has been two decades since Forest even graced the Premier League, never mind ruled the land, when it comes to English football.

But Karembeu is convinced that, in Marinakis, Forest have a man at the helm who has the drive to change that.

Perhaps, in years to come, the taxi drivers in Nottingham will welcome visitors from Greece, with the same kind of conversation.