Football is one of the abiding passions in Evangelos' life. Growing up in Greece and England, as he did, it was inevitable that he took a keen interest in those countries' love of the world's game.

On May 18, 2017, this culminated in the acquisition of Nottingham Forest FC. Founded in 1865, it is one of the oldest and most historic football clubs in the U.K. This acquisition was sanctioned by the English Football League ("EFL") after a detailed review of the strategy and plan to restore the Club to its former glory.

Five years on from its acquisition, Nottingham Forest has returned to the Premier League for the first time in 23 years following a 1-0 victory over Huddersfield Town in the EFL Championship Playoff Final at Wembley Stadium.

The success marks an incredible transformation for Nottingham Forest, under the leadership of Evangelos, with the celebrations at Wembley showing similarities with the Club's English League title success in 1977-78, and two consecutive European Cup wins in 1979 and 1980.

In-keeping with that period of success, the Nottingham Forest team of 2021/22 reached the Premier League by playing attractive football, which was also showcased in a run to the FA Cup quarter finals.

Restoring Nottingham Forest to the top tier of English football has not been easy but, as with all his other enterprises, Evangelos has approached it with a long-term plan allied to a professional Management Team. An essential component of the plan has been a recognition of Nottingham Forest's heritage and strengthening the Club's links with its Supporters and all aspects of the local community.

Evangelos' personal credo of determination, a will to win and a preparedness for hard work has been vital.

On April 2022, Nottingham Forest stood by UNICEF to provide aid to those affected by the Russia-Ukraine war offering financial support of over £15,000.

In February 2019 Evangelos announced exciting plans to redevelop The City Ground. Nottingham Forest have called The City Ground their home for the last 120 years and the iconic position of the stadium on the banks of the River Trent has become a true symbol for the City of Nottingham. Evangelos has embraced this culture by revealing exciting plans to redevelop the stadium and surrounding areas. This project will not only see The City Ground become the largest stadium in the East Midlands but will also offer world class facilities and hospitality. Most importantly however for the supporters is the fact that they will remain at their home and not relocate to an alternative site, a move away was never considered by Evangelos.

Impact on the City of Nottingham

Since acquiring the club in 2017 Evangelos has made an immediate impact on the City of Nottingham by reaching out to the wider community with aid and support. He has made substantial financial contributions to the Charitable and Community engagement arm of Nottingham Forest Football Club, Nottingham Forest Community Trust (view its annual report here), the woman’s team and local homeless charity Framework. In 2018, Evangelos helped stage a sleepout event at the stadium which saw the charity raise over 50k in funds - a record for the charity. In addition to this he has also pledged his support to helping the people of the City with his involvement with the local food bank charity 'Hope' by hosting food bank collection on matchdays.

Support for the City during COVID-19

When football came to a halt in March 2020 due to the COVID-19 pandemic, Nottingham Forest took it upon themselves to actively support the local NHS and community through a series of initiatives inspired by Mr Marinakis. Over £20,000 was raised for the Nottingham Hospital charity through bespoke t-shirts bearing the NHS and NFFC logos. A partnership was also formed by the club with local foodbank charity, Open Kitchens. During this period, NFFC set themselves the task of producing 10,000 hot and healthy meals to the local NHS staff working at the Queens Medical Centre and The City Hospital. Over 7,000 pieces of PPE (personal protective equipment) were donated via club partner UK Meds and Nottingham CityCare, a local health services provider helping with Nottingham's fight against the coronavirus. The partnership with local homeless charities Framework and Hope Nottingham has gone from strength to strength and after creating designated drop-off points at The City Ground for supporters to donate food parcels for the people of the city on matchdays, the club continued to support during the pandemic. In April 2021, the famous Nottingham Forest shirts uniquely featured the Framework charity logo for a match at Bristol City, with thousands of pounds raised for the charity when the player’s shirts were auctioned to supporters. 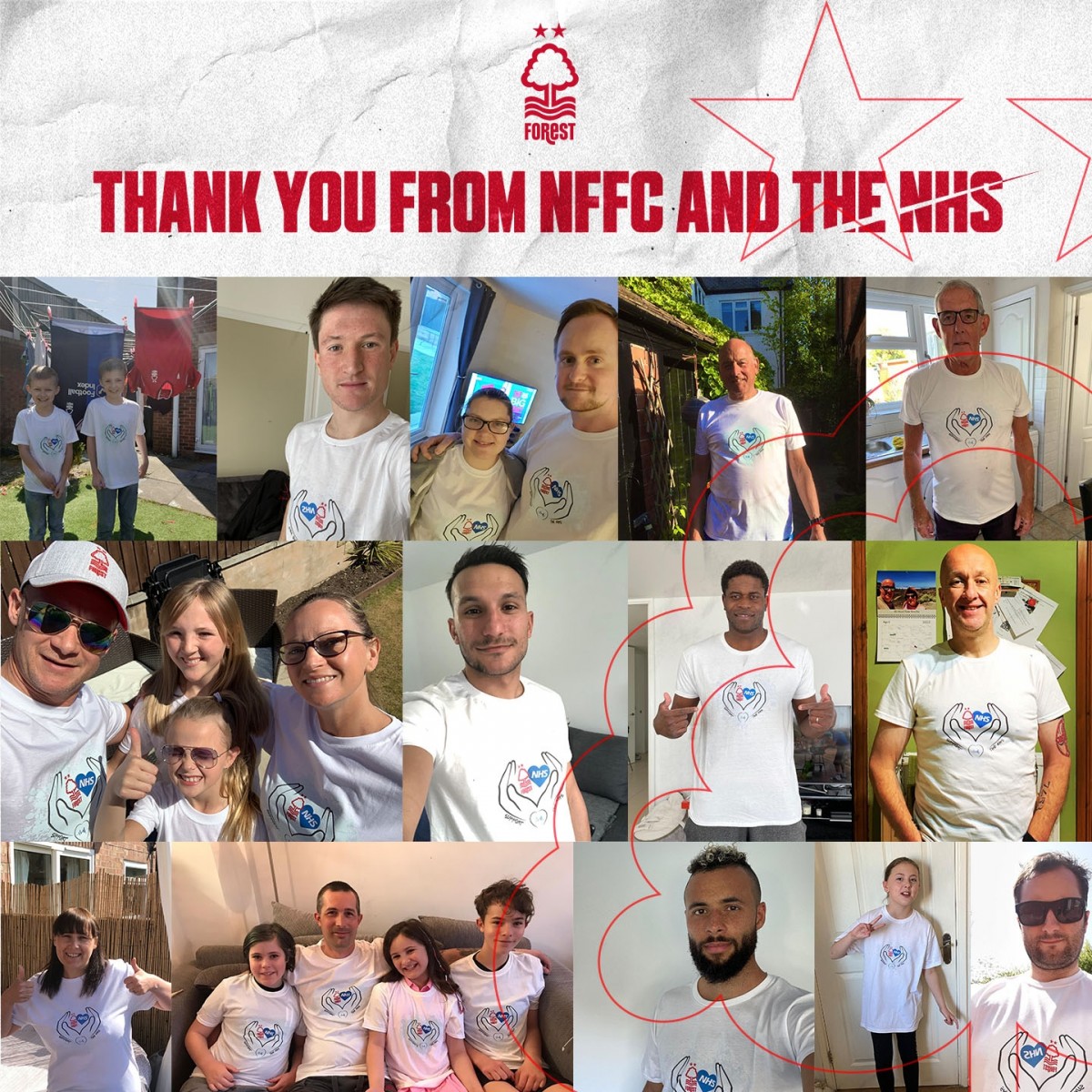 It is not only the local community that has embraced Evangelos, the supporters of the club have also shown their appreciation by turning out in record numbers. In response to lowering prices for the 2018-19 season the club has seen all-time record season card numbers and record attendances. Sell-out crowds continued into the following season, as the club achieved one of the highest average attendance records in the division.