A vessel belonging to Evangelos Marinakis, the owner of Nottingham Forest and Olympiacos, rescued more than 150 migrants after finding them on a sinking ship in the Mediterranean.

His crude oil tanker, Aristofanis, was headed to Egypt from Italy on Friday, but the ships crew raised the alarm after spotting a 15-metre wooden boat drifting south of the Greece’s southern Peloponnese peninsula, according to reports. 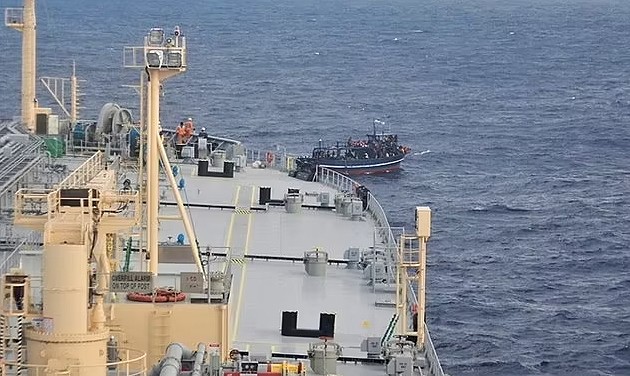 According to Alarm Phone, a support line for people illegally crossing into the EU, they were at sea for four days. Tragically, within reach of safety, a pregnant woman reportedly fell into the sea during the rescue.

Navy and air force helicopters were deployed when a crew member spotted the woman fall, but she could not be found.

Aristofanis headed for Palaiochora in Crete to return the migrants to dry land, before setting off for Egypt once more.

Marinakis first delved into football ownership with Olympiacos, becoming owner and president in 2010 before overseeing a hot-streak of seven league titles in a row.

The Greek businessman then took over at the City Ground in 2017, promising to bring European football back to the historic club Brian Clough guided to two European Cups.

The 54-year-old was spotted celebrating on the Emirates Stadium pitch back in February 2020 after watching his Olympiacos side knock Arsenal out of the Europa League.