Nottingham Forest are delighted to confirm that the club has made a donation of more than £15,000 to UNICEF’s response to the war in Ukraine.

UNICEF has been working around the clock in Ukraine and at the borders of neighbouring countries, providing access to clean water, health care services and other critical support for children and families caught in the conflict.

The club raised proceeds for UNICEF from club shop sales during a recent appeal. Thank you to all who bought items to help contribute towards the club’s donation.

The club would also like to thank supporters who contributed towards the appeal supported by Joe Worrall to donate sleeping bags to refugees in Poland who have fled Ukraine. Forest supporters generously donated over 300 sleeping bags before the recent match against QPR and over 1,000 sleeping bags have now been successfully delivered to those in need.

Last weekend, Olympiacos hosted Shakhtar Donetsk in the Ukrainian side’s first match in over two months. The match was the opening friendly in Shakhtar’s ‘Football for Peace’ tour.

Speaking after the 'Football for Peace' tour fixture, Nottingham Forest and Olympiacos owner Mr Evangelos Marinakis said: "We had the chance to organize the friendly game with Shakhtar and we are glad to be able to spread the message to stop this war.

"Sport should have a distance from politics but we care about sending our message that this war should stop immediately - nothing else.

"We had a number of people attend the match and we are all together with the Ukrainians and refugees."

Nicholas Randall, QC, Nottingham Forest Chairman, said: “Nottingham Forest Football Club is proud to stand alongside our friends at Olympiacos and all in the football family in solidarity with those suffering in Ukraine and beyond.

“We thank our supporters for helping us to support those in need, both through the club’s donation to UNICEF and also in contributing sleeping bags to refugees in the important initiative supported by Joe Worrall.” 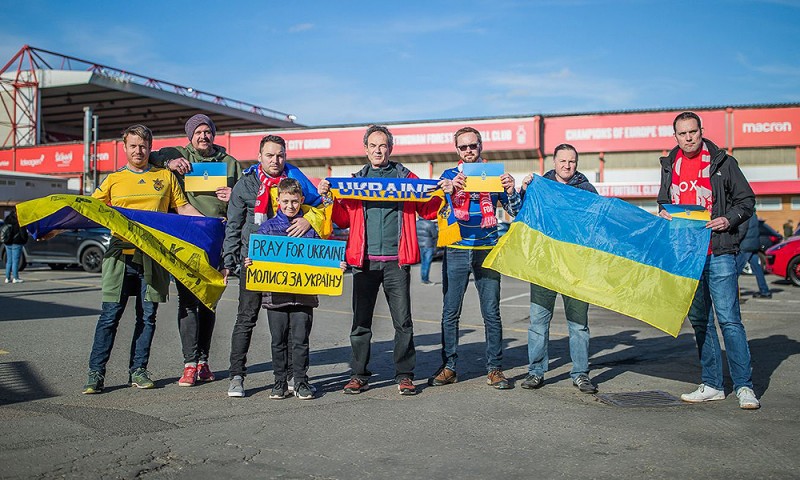