Nottingham Forest owner Evangelos Marinakis has spoken of his ambition to inspire "pride" in his native Greece.

The shipping magnate, who also owns Greek giants Olympiacos, has been re-elected to Piraeus City Council, while the club's president, Giannis Moralis, has won a second term as mayor.

Marinakis ran on the "Piraeus Victorious" ticket and topped the votes, just as he had done in the 2014 City Council race.

Following his success, the Reds chief thanked the local public for their support and called for unity moving forward.

"We are all very glad and exceptionally happy for a great victory which is a victory for all residents of Piraeus, for a Piraeus that is victorious and will make us all proud," Marinakis said.

"Nearly five years have passed (since the last contest) and definitely in those five years the municipal authority has learned more. 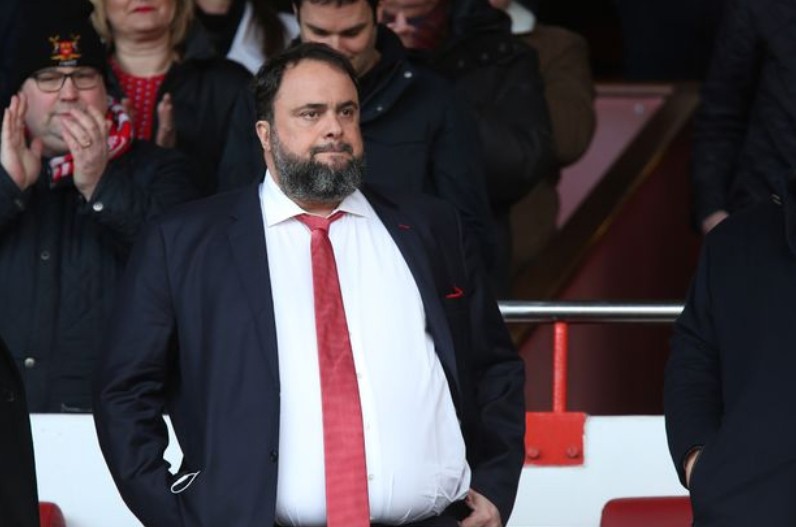 "It has learned from its mistakes and I am certain that in the next four years it will be much better.

"In that Piraeus, Piraeus Victorious, there are no winners and losers. There are only Piraeus residents and we want them by our side.

"We do not have the many and the few. We have only Piraeus Victorious for everyone.

"I want to thank everyone for the campaign we ran and for the great love we were shown on all the streets of Piraeus.

"Rest assured that we shall be by your side in the coming years and that we shall all walk forward in a different Piraeus, a Piraeus that is worthy of all the children of Piraeus."