Nottingham Forest have stepped in to ensure football will "survive" in the city's schools.

The future of the sport for both boys and girls in Nottingham's schools was under threat due to budgetary restraints and cutbacks.

However, the Reds – as part of owner Evangelos Marinakis' vision for the club – have announced a new partnership with the Nottingham Schools Football Association, providing them with funding and resources to keep the game alive.

“We are delighted to be linking up with the Nottingham Schools Football Association and to encourage boys and girls across the city to play football,” said Forest chairman Nicholas Randall QC.

“Physical exercise is crucial to helping children lead healthy lives and this partnership can go a long way to ensuring that the city’s children are exercising on a regular basis and enjoying the benefits that the wonderful game of football can bring to all who play it.

“It is the vision of the club's board and owner, Evangelos Marinakis, for the club to take an active role in encouraging not just education and aspiration but active participation within the community through football.

“The Nottingham Schools FA has a proud history and it would have been extremely disappointing if it were to cease its activities because of a lack of resources. 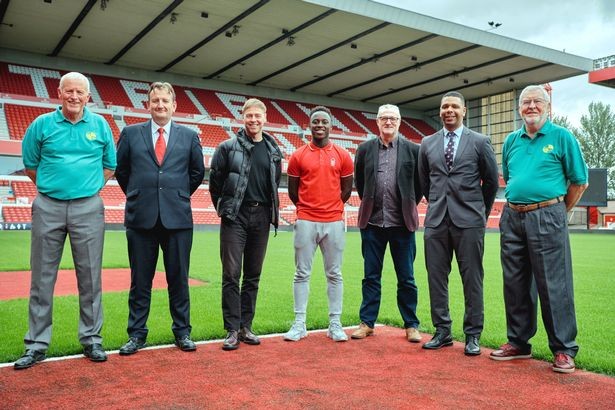 “That is something the club was not willing to let happen.

“As soon as we became aware that football in schools in Nottingham was at risk, we offered to protect the future of the Association.

“The announcement today is the culmination of months of negotiation and discussion and we are proud to be able to take this programme on and provide enjoyment to children across Nottingham.”

A statement from the club about the partnership said: “The club has agreed to provide the Association with funding and resources to ensure that football in schools will survive in Nottingham.

“As a result of budgetary restraints and cutbacks the future of football for both boys and girls in Nottingham's schools was under threat.

“The club has reached agreement with the Association to bridge the funding gap and help to re-energise competitive football within primary and secondary education.

“The agreement will ensure the younger generation of the city will continue to enjoy and compete in schools football for years to come.

“The Nottingham Schools FA formed 127 years ago. The club and the Nottingham Forest Community Trust will deliver the schools football programme, with an emphasis on managing schools competitions and encouraging greater levels of participation in girls football.”

The Nottingham Schools FA have expressed their gratitude to both the Reds and Marinakis.

"We are so grateful to the club’s board and owner Evangelos Marinakis for their support and willingness to save Nottingham Schools football.

“The club’s ambition for this partnership will not only increase participation but will develop opportunities for primary and secondary school children to represent their school and the city in a competitive environment providing them the opportunity to progress to the highest levels of the game."