The Greek port of Piraeus is currently home to 4,000-5,000 refugees, who live in warehouses and tent camps. The migrants from Syria, Afghanistan, Iraq and elsewhere are being looked after by NGOs and countless volunteers, including from Switzerland. swissinfo.ch reports from Piraeus.

A cool breeze is blowing through the camp. Hundreds of men, women, children and babies are lying on sheets and sleeping bags in a giant hall. The air quality is poor. In front of the dreary building are dozens of brightly coloured igloo tents, carefully arranged; next to the hall are the mobile lavatories. There are no showers.

In the port of Piraeus there are three large camps and one small one. Food is provided alternately by the Red Cross, the navy, a supermarket chain, the community of Piraeus and the local football club, Olympiakos. People wait patiently: men in one queue, women and children in another. 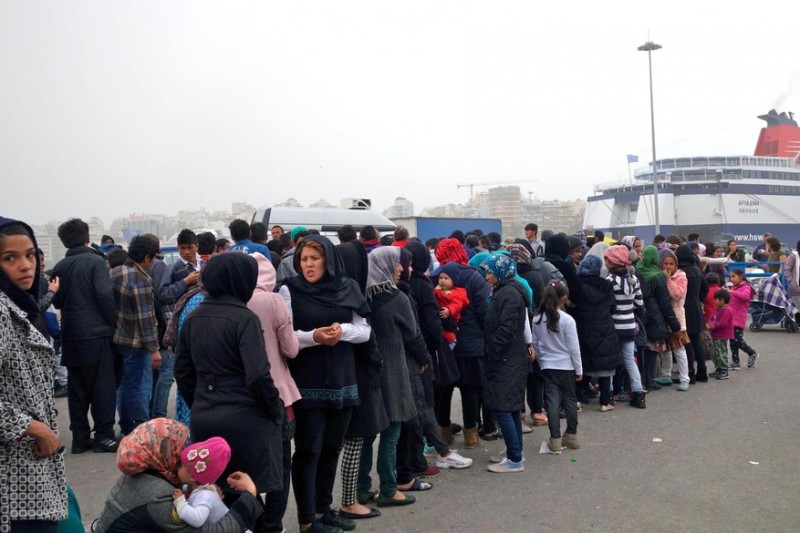 Kristina Häsler, who has Swiss and Belgian nationality and who has lived in Athens for 16 years, is one of the many volunteers in Piraeus. She is actually a sound therapist, but at the moment she is a full-time refugee care worker.

She comes here every day and looks after in particular the 400 or so Yazidis, a Kurdish religious minority who are being persecuted in Iraq by Islamic State. Today she is needed by a women with health problems and someone else who would like some papers copied. Her mobile phone rings incessantly. 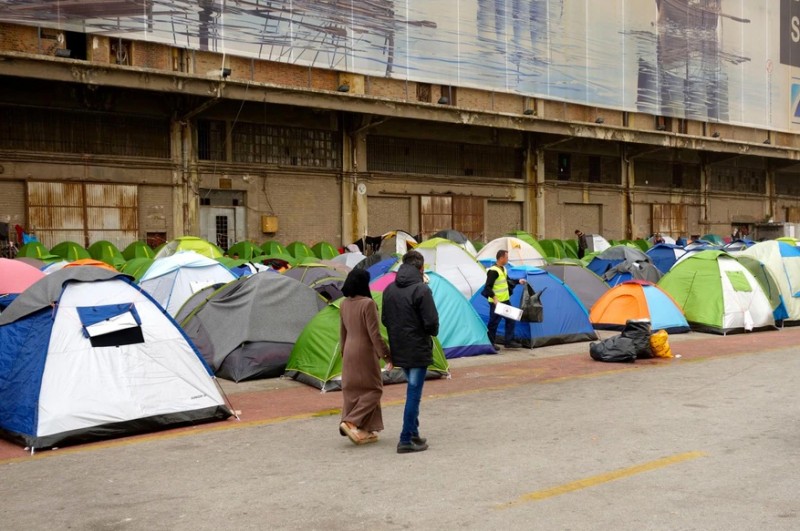 Häsler’s car is packed with sleeping bags and sleeping mats, which she hands out. She has also used donations to buy buggies, so women don’t have to hold their babies for hours as they queue for food. On another pier a Dutch volunteer plays skipping games with children. They love it. 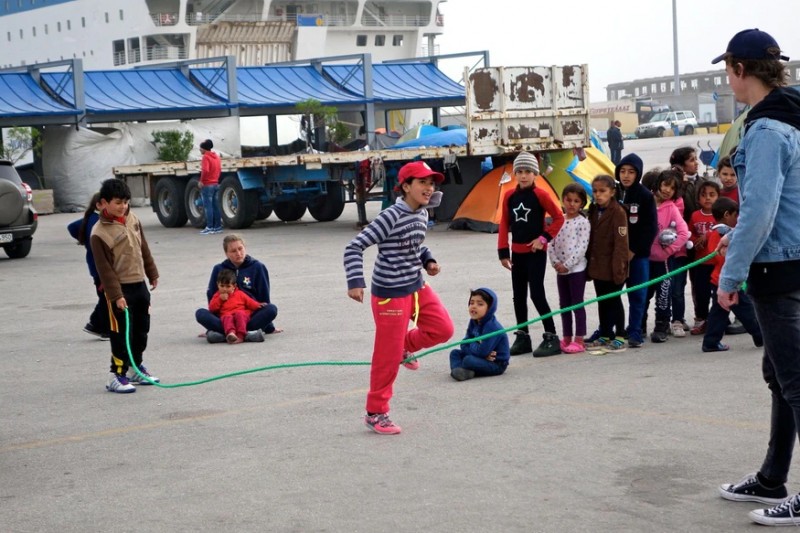 A couple of migrants wait their turn in front of the medical aid vehicle. A British doctor has just arrived who wants to help out for a few days. 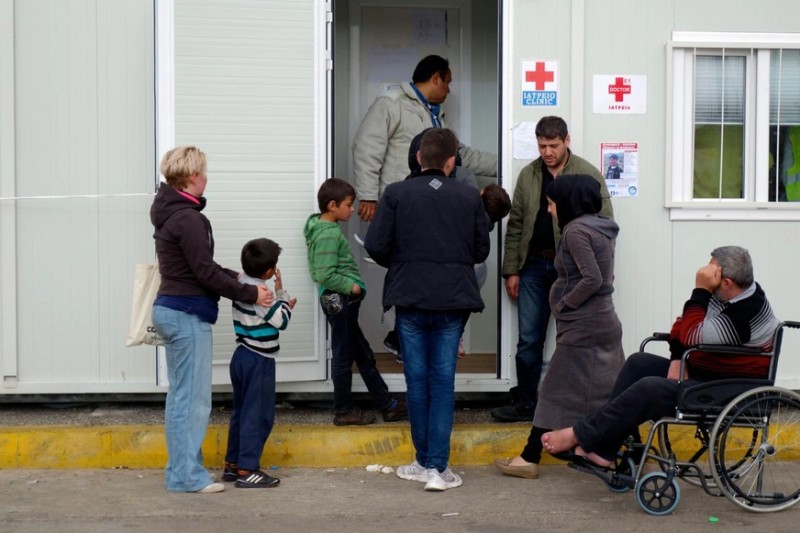 Many refugees are also helping, for example by interpreting, such as 24-year-old Mustafa from Afghanistan. Back home he interpreted for the US army. He still believes the border with Macedonia will be opened.

At the edge of the camp, in front of a lorry park, a young man is shaving a colleague. Appearance is also important for refugees, Häsler says. 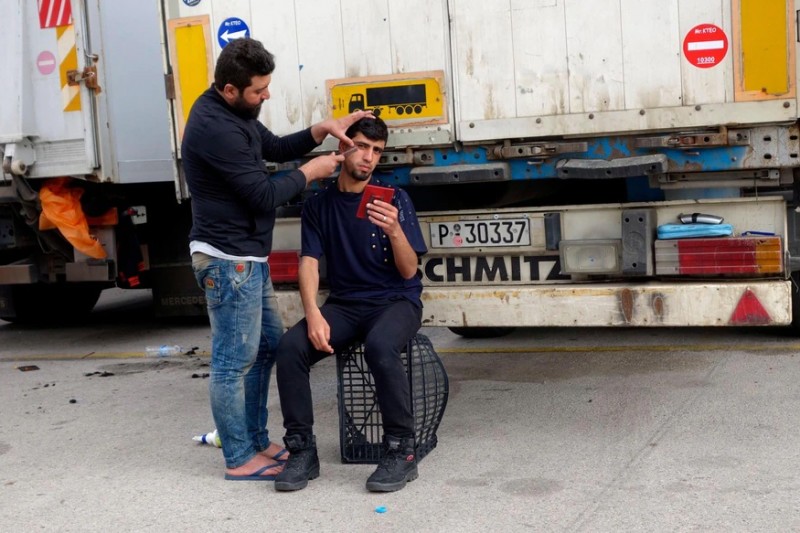 The talk is that the Greek government would like to clear out the refugee camp in Piraeus and put the inhabitants into state centres – the tourist season is just around the corner and these camps don’t make a good impression.

On Wednesday more aid agencies helping refugees and migrants arriving in Greece said they were joining a boycott of detention centres, angered at an EU deal they say runs roughshod over human rights.

Human rights organisations reject the pact between the European Union and TurkeyExternal link to fast-track registration and asylum applications, under which hundreds of new arrivals have been detained since the agreement came into effect on Sunday. Refugees or migrants whose applications fail will be sent back to Turkey.

Aid agencies said cooperating with the Greeks at detention centres would make them complicit with an “unfair and inhumane” practice.

Two aid agencies – the International Rescue Committee (IRC) and the Norwegian Refugee Council – said on Wednesday they were following the UN refugee agency UNHCR and aid organisation Médicins Sans Frontières (MSF), a major contributor to the relief effort, which both announced on Tuesday they would cut back assistance.