It is not just on the pitch where Nottingham Forest have been making their presence felt of late. Off it, their impact has been even more significant.

Under owner Evangelos Marinakis, community engagement is at the heart of the club's ethos - and the Nottingham Forest Community Trust is central to putting those values into practice.

The club and the Trust are investing around £1.4m each year into community engagement.

Important issues are tackled and positive changes are made.

And that work saw the club's official charity crowned winners of the Service to the Community award at the Nottingham Post Sports Awards.

"We've got an ownership now that believes community engagement is really important and that there is a lot of value to that," said Community Trust CEO Graham Moran.

"And they believe that the football club has a responsibility to play a role in the city.

"As a trust, we're really pleased that we've got owners who believe and understand the value of community engagement. That's really important.

"Every year, between the club and the Trust, there's £1.4m going in, that comes into Nottingham.

"The owner is investing quite a lot of his own money into the project that we're doing.

"And I think there's more to come - with the bigger programmes that we're doing, particularly around schools and inspiring young kids in Nottingham. 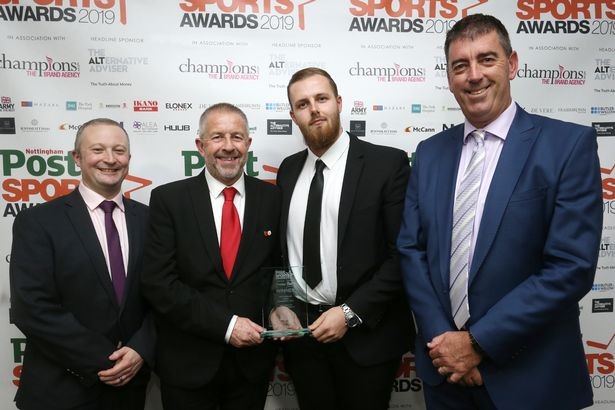 "The amount of investment they're putting in - not just the cash, but also the time and skills of people at the club. And we know they mean it.

"That's really important, the fact that they do value it. It's not just about money."

The Trust has been key to initiatives such as 'It's Tricky to Talk', which focuses on mental wellbeing, Dream Big, which helps to inspire children, and Violence Interrupters, with the emphasis on reducing knife crime.

"Mental wellbeing is really important to us," Moran explained.

“Then there’s a programme called Dream Big, which is using the inspiration of Forest winning the European Cup 40 years ago.

“It’s getting kids to understand how big a thing that was for Nottingham. Little old Nottingham won two European Cups back-to-back - more than Man City, more than Tottenham, more than Chelsea.

“Our thing is about getting children who live in Nottingham to support their local city and their local team - even Notts County as well, we don’t mind that!

“We go into schools with that programme. It’s an assembly piece that is about raising aspirations.

“What it’s saying to kids is, it doesn’t matter where you come from, what your background is, you can achieve a lot.” 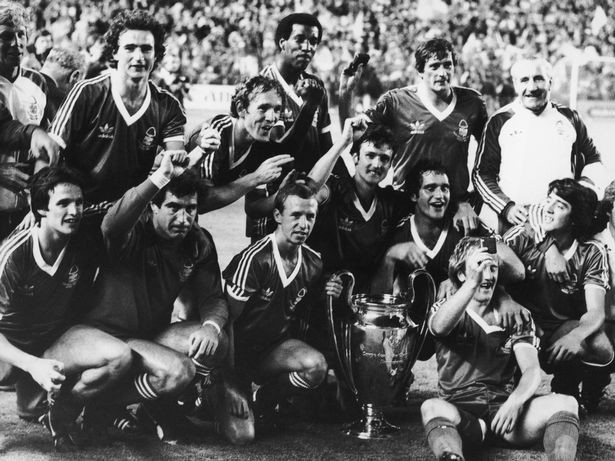 Nottingham Forest with the European Cup

Meanwhile, earlier this year, Forest announced a new partnership with the Nottingham Schools Football Association to ensure the sport's survival in the city's schools after budgetary restraints and cutbacks meant its future was under threat.

"With the investment that we're putting in and working alongside Nottingham Schools Football Association, we've almost secured the future of schools football," Moran added.

"Whatever we're doing at the moment is about what's best for Nottingham - and that the football club plays a role in Nottingham being great."

And it seems there is plenty more to come, with a new three-year community strategy due to be launched later this year.

"These programmes are growing and getting bigger," said Moran.

“The next thing we’re looking at is around facilities in the city - refurbishing and building new facilities.

“For us, most of the things we do are around disadvantaged areas of the city, where the biggest need is.

“Our owners, and the Trust, are massive on what we can do that’s best for local people where the biggest need is.

“We’re looking at our programmes around holiday activities, feeding children during school holiday time. All the things that are big social issues are really important. Graham Moran and Callum Elliott of Nottingham Forest Community Trust receive the IKANO award for Service to the Community.

"And also, our big focus at the moment is on reducing youth violence.

"Not just us - we're just part of that solution, working with all the big strategic agencies in Nottingham to see what we can do about reducing youth violence.

"The profile from this will really help us. Not just locally, but nationally as well it will be really important.

"That might help us generate more revenue and more investment that we'll bring into Nottingham.

"For us, everything is all about Nottingham."

Moran was presented with the award at the East Midlands Conference Centre by former cricketer Darren Bicknell and sponsors Ikano, beating off competition from Nottingham Women Runners and Team Elite Kickboxing.

"I'm really pleased for us as a Trust, but also for Nottingham Forest Football Club," Moran said.

"Since our new owner came in about 18 months ago, the football club and the Trust are all as one now.

"The community engagement is really important to us.

"And the backing of the Nottingham Post has been great over the last few years.

"We're just really proud and pleased to receive the award.

"Hopefully it will inspire us to do even more - that's the plan."